How to Avoid Death on a Daily Basis Ebook 6 Published!

Mooderino has now published his sixth How to Avoid Death on a Daily Basis ebook on Amazon!
If you enjoy HTADDB and want to support and encourage Mooderino, please consider buying it and leaving a review.

And for those of you who don't read HTADDB already, the first ebook in the series is available on Amazon for free! 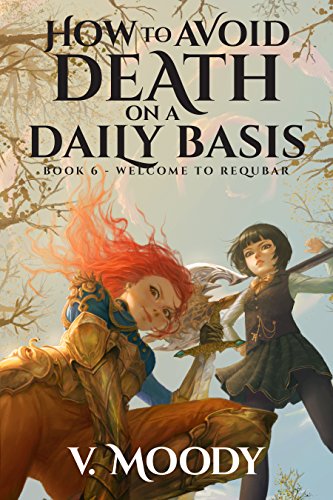 What if you were transported to a fantasy world with no special abilities, no OP weapons and no status screen to boost your stats? Never mind finding the dragon’s treasure or defeating the Demon Lord, you only need to worry about one thing—how to stay alive.
A group of young Brits wake up in a strange, fantastical land with creatures from myth and legend. They are given archaic weapons they don't know how to use and told to do their best.
Convinced it has to be some kind of virtual reality RPG, all the people summoned form parties and set off on their adventures, leaving behind the people nobody wants in their group.
Story of my life, thinks Colin.

New Additions to Halls of Fame

Let's all welcome MadImmortal, Aseeon and Ancestor to Hall of the F5 Sect!